On Monday June 29th I had the honor to be on The Focus Radio Show on the eWomens Radio Network hosted by the fabulous duo Alyssa Granlund and Liz Uram.

We talked about resilience and how to bounce back when times are rough, tough, and just down right crummy.

When all you want to do is hide under the covers, what if you could immediately increase your confidence, productivity and success?  Sharon Sayler, MBA, ACC will share with us the system for getting unstuck and how to keep yourself motivated through the rough times. With How To Be Resilient When Times Are Rough you will discover:

It’s inspiring to see someone succeed in bringing a dream into reality.

In September of 2013, Diana Nyad, 64, made a 110-mile swim from Cuba to Key West despite strong currents, sharks and stinging jellyfish that had stopped her previous four attempts… not to mention blistering sun and salt water for nearly 53 hours, little food, throwing up, no sleep and protective gear that hindered her.  Upon making land in Key West, Florida, Ms. Nyad pronounced “Never give up!” – perhaps a bit of an understatement….

It takes courage to continue to move forward in the face of long odds, failures and discouragement.

Did you know that COURAGE is a “muscle”? Well, technically not, but play along with the metaphor…because the more you use your courage, the stronger and more resilient you get!!

It’s amazing what you learn about yourself sometimes.

#2 Be brave. Move outside your comfort zone – even if just s smidge…. Anaïs Nin was right when she wrote, “Life shrinks or expands in proportion to one’s courage.”

#3 Be adventurous. Raise the bar on what you think, yes think, you can do. Too often our thoughts of “Oh, I could never do that…” limit what we really can do.

#4 Be impeccable. Keep your promises to yourself. Keep your commitments to others.

#5 Be focused. Bright shiny objects are all around us. Cultivate an environment that allows you to stay focused on one thing at a time. Use your breath to have a relaxed presence and focus on each moment.

Take a deep breath right now and commit to pushing your potential. Share with me in the comments below what first steps you are going to take right now…

It all starts and ends with your desire to move past your fears and beliefs. Make the decision to move, and have the discipline to impeccably follow through.

Yet, it’s all to easy and quick to put much of what you do each day into a predictable routine. Routines are easy “automate” and you ultimately take it — the skills, your awareness and maybe even the pleasure of doing — for granted… unless you continue to remind  yourself to be mindfully aware. There are simple ways to remind yourself to stay out of autopilot, try making routines into games, play is a great way to enjoy the moment. Looking for the lessons in what just happened keeps you actively aware and allows you to discover new things.

However, when your ability to non-judgmentally observe is hindered through using your autopilot for too many things for too long, mindful awareness is lost.

Know that living mindfully does not overlook the future, nor live in the past — it transforms within each moment your hopes, dreams, your desires, your skills, your soul — to create clarity and focus on the present and to accept that the past can’t be changed and the future is still unknown.

“Life is not a journey to the grave with the intention of arriving safely and in a pretty and well-preserved body, but rather to skid in broadside, thoroughly used up, totally worn out, and loudly proclaiming   —-WOW—-   WHAT A RIDE!”    ~Author unknown ~ humor and wisdom greatly appreciated

Embrace your life is right now—make the most of what’s in front of you.  Share with me in the comments section…

The #1 Thing Your Soul Needs

Many people are at war with themselves.  A bold statement I know— but I’ve been there. It was 1998, my life was falling apart before my eyes, or so I thought. It felt real and it was real.

My two-decade long marriage was falling apart and my upbringing was at war with what I was feeling and what I knew I had to do to save my sanity. I was allowing those “church” voices saying, “He’s really a good man,” “He didn’t mean it….” and “He’s a good provider…” to consume me. “How can you do that to your family?” I heard over and over, but in my heart I knew I had to do just “that” to save myself and my family.

The shaming head-chorus wouldn’t stop, even though I’d left the church ten years prior.  Late one night, driving home in a pounding rainstorm, the pivotal mind-battle began. I couldn’t breathe, my heart was racing and then it happened, I could barely see – the rain was coming down in sheets….

Knowing I had to survive for my sons, I made my way to the side of the road and thought I was going to die, right then and there.  It felt like it went on forever. It was the longest and loneliest 30 minutes of my life.

When you think you are dying you make many a life altering decision — the most profound that night was to stop trying to control everything.

All I wanted was to feel safe…

In that instant, I made a decision. And it seemed like a strange decision, but I chose to let it go, I just “dropped.” Dropped physically, emotionally and all the thoughts just dropped out of my head….

I couldn’t control everything!

Letting go is something I’d heard of, I’d even read a book or two, but never really understood what it meant. Clearly, just not “feeling-it” was not the answer as I couldn’t stop “feeling shame, guilt, despair, worry, despise…the list is endless and the corresponding emotions(s) dependent on what I thought I had or had not done properly, correctly, harshly, tactless, another endless list my mind-inventions were so talented at conjuring up.  Letting go seemed magical and I didn’t know the trick.

I’d tried to let go numerous times before only to have that head chorus of “what-abouts,” “should-coulda-woulda-haves,” and all my other numerous well meaning intentions and pre-determined outcomes gone awry start singing at the top of their lungs once again. I REALLY wanted it to be different — I had every intention, it would be different, this time, or the next time….

Yet, Intentions Are Not Enough

It’s not the emotions you are to let go of… it’s okay to have emotions. It’s how you  respond to those emotions that is critical.

It’s also all those pre-formulated intentions, outcomes and the ultimate illusion of control especially where others are involved that are crazy-making. Intentions and outcomes all-to-often come with expectations you’ve created — expectations require control to come true.

I can only control myself and set my FOCUS, not intentions, on doing the very best I can, in the situation I’m in and /or with the permission I have with other(s).  Sometimes, I just don’t have permission… consider The key is setting your FOCUS.

Focus is fluid, it’s easy to readjust your focus and for me, creates an easier path to “focus” on the other person(s) needs and wants instead of trying to create a specific outcome.

Focus also works to create what is known as the dissociated state. (The word dissociation can also be used to describe a wide array of experiences from mild detachment to more severe detachment from the physical and emotional experience(s).)

Here, I’m using the term as the ability to step outside yourself and observe from a neutral position. When I think about this ability to step outside yourself and view from an emotionally neutral position, it is where you can see yourself and the other(s) as if viewing a scene from a play, so you can be empathic but aren’t emotionally involved. Whereas, in an associated state, the thoughts, feelings, emotions are all yours, intense and real.  It’s difficult to see other options, more opportunities and other people’s point of view from an associated state.

While sitting on the side of the road, time moved slow and quick all at the same time. In an instant I shifted from outcome of control to letting go.  It was instant clarity.  Options open before my eyes… and in that moment, when all I heard was myself gasping for breath, I heard a voice ask me two questions:

Did you know that courage is a “muscle”? Well, technically not, but play along with the metaphor.

It’s like a muscle because the more you use it, the stronger you get! “Courage” is a word that has always fascinated me. Even thinking the word I feel stronger. It takes courage to continue to move forward in the face of hardship, discomfort, long-odds, failures and discouragement.

Yet, we see courageous acts all around us everyday. I’ve found numerous descriptions of where the word “courage” originated. Most agree that the Latin root of the word is “cor”— which translates to “for heart.” Then the descriptions take many different paths.

One of my favorites is: “Courage comes from a French translation meaning ‘rage of the heart.’ It originated with horses that had to jump over something. In order to do so successfully, they have to send their heart over the fence first and then the body follows,” from my friend and executive coach, Ann Masur Singer.

Another favorite: “Courage originally meant, ‘To speak one’s mind by telling all one’s heart,’ from Brené Brown, author of The Gifts of Imperfection. It’s amazing what you learn about yourself when you courageously push your potential.

Here are a few ways to practice courage:

Be imaginative. Choose outside your box. If you feel a little tweak or twinge, then you are thinking outside your box. Be brave. Move outside your comfort zone – even if just a smidge…. Anaïs Nin was right when she wrote, “Life shrinks or expands in proportion to one’s courage.”

Be adventurous. Raise the bar on what you think you can do. Too often our thoughts of “Oh, I could never do that…” limit what we really can do.

Be impeccable. Commit to being faultless with your words and deeds. Keep your promises to yourself. Keep your commitments to others.

Be focused. Bright shiny objects are all around us. Cultivate an environment that allows you to stay focused on one thing at a time. Use your breath to have a relaxed presence and focus on each moment.

Be actively aware. Choose to stay in the moment. Know what you want and need. Pay close attention to your reality and the reality of others – they are not the same thing. 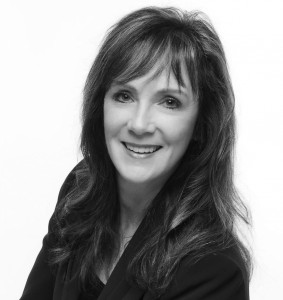 “Amazing things happen when you let them.” ~ Sharon Sayler

Life’s all a conscious choice. Mindfulness In Action shares my experience, presented as unbiased as possible, about how to be here now.

Mindfulness in Action is based on three premises: 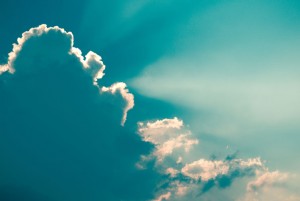 How To Be Resilient When Times Are Rough 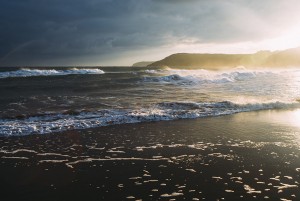 Find Your Courage and Resilience

Seven Ways to a Stressless Holiday